The Collagists in the Archives 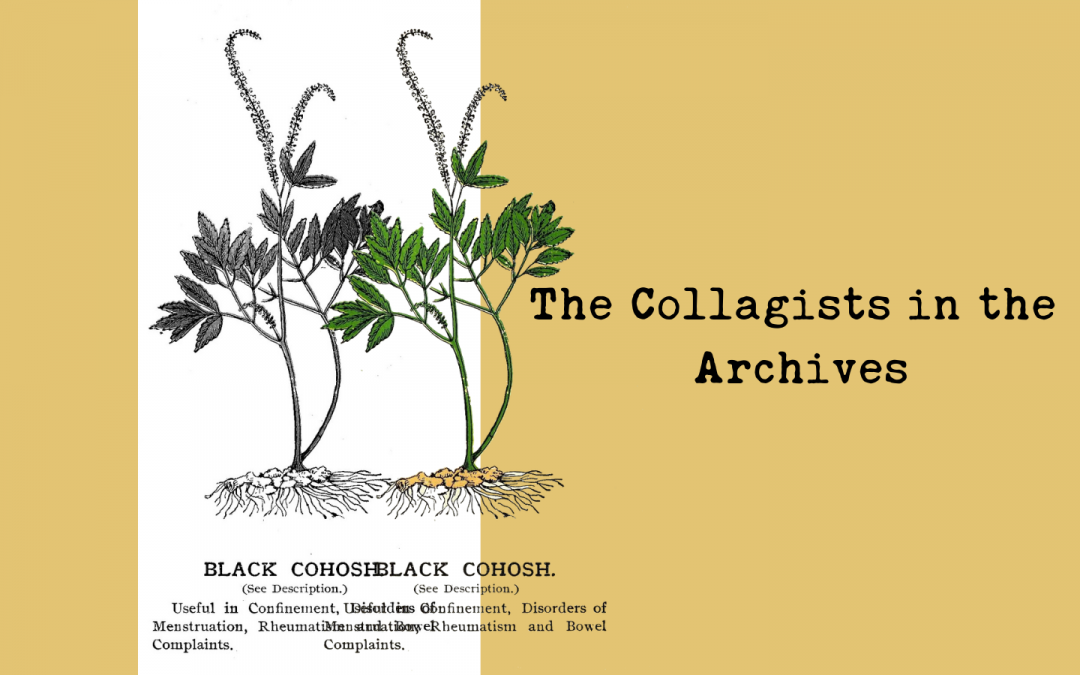 “A Baby in Every Bottle,” Collage by Elaine Luther, using an element from the Henry Sheldon Museum’s archive. Copyright Elaine Luther 2022.

Above is the collage I made using an element from the archive and library at the Henry Sheldon Museum in Middlebury, Vermont. How did I get the chance to do such a cool thing? It was through a virtual residency with the Kolaj Institute.

Through a combination of group online sessions, an online community, and meeting with the archivists one on one, a group of collage artists from across the U.S. and the world each made a collage using a scan or one or more elements from the Sheldon Museum.

The Kolaj Institute brought together a terrific group of artists. The archive at the Sheldon is chock full and eclectic, with almost something for everyone. My areas of interest include women’s history and lives and I like ephemera, so I asked the archivists for items from the ephemera collection.

My piece uses ads and pamphlets from the Lydia Pinkham company and a carte de viste of Lydia Pinkham. The Pinkham company made a tincture called “Vegetable Formula,” and was known for women being able to write in with health questions. The company promised that their letters would never be read by a man and would be destroyed after reading. The Pinkham company also mailed out informative and homey pamphlets. Some of them are full of recipes and tips, kind of like the magalog of today. (A magalog is a magazine/catalog.)

Here’s my statement about my collage:

When I encountered Lydia Pinkham, maker of the famous patent medicine in the archive, I thought she was a charlatan.
As I read, I realized I’d been wrong about her. As a Quaker, she was educated and duty-bound to help others. Which she did by giving away her herbal tincture. After the economic crash of 1873, when her husband lost everything, her sons convinced her to sell the tincture.
The herbs in her “vegetable formula” really do help women with “female troubles,” such as menstrual cramps and symptoms of menopause. Most patent medicine companies crashed and burned, while the Pinkham company endured. This suggests the product really helped.
In addition to selling the tincture, the company also sold a birth control product that most of us wouldn’t recognize as such today. The douche formula contained boric acid, considered at the time a strong spermicide.
The company was known for both its sensational ads and educational pamphlets, including one that explained women’s bodies to them, including their reproductive system and how pregnancy occurs. I have included images of both here, the ads, and a page from her pamphlet. The plant shown is black cohosh, an ingredient in her formula.

Thank you so much to the archivists at the Henry Sheldon Museum, and the Kolaj Institute for this wonderful experience!