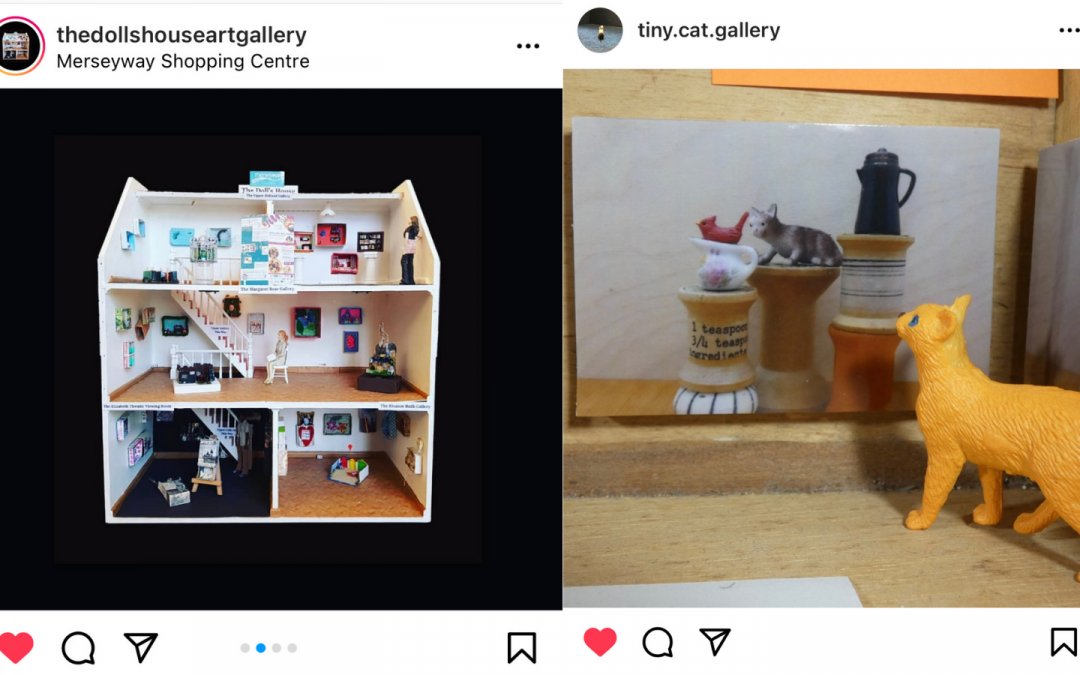 This year I became an artist whose work has been shown internationally, which is a cool thing! First my quilt, Blood and Fire was added as a “block” to the Covid 19 Quilt, a project of Tal Fitzpatrick and Kate Just, both of Australia.  That project lives on Instagram, and you can also read about it on Tal’s site, here.

Once I entered the world of micro galleries, by building one, I became aware of just how many there are around the world! I pitched solo shows to a few of them, and responded to some calls for art at others. 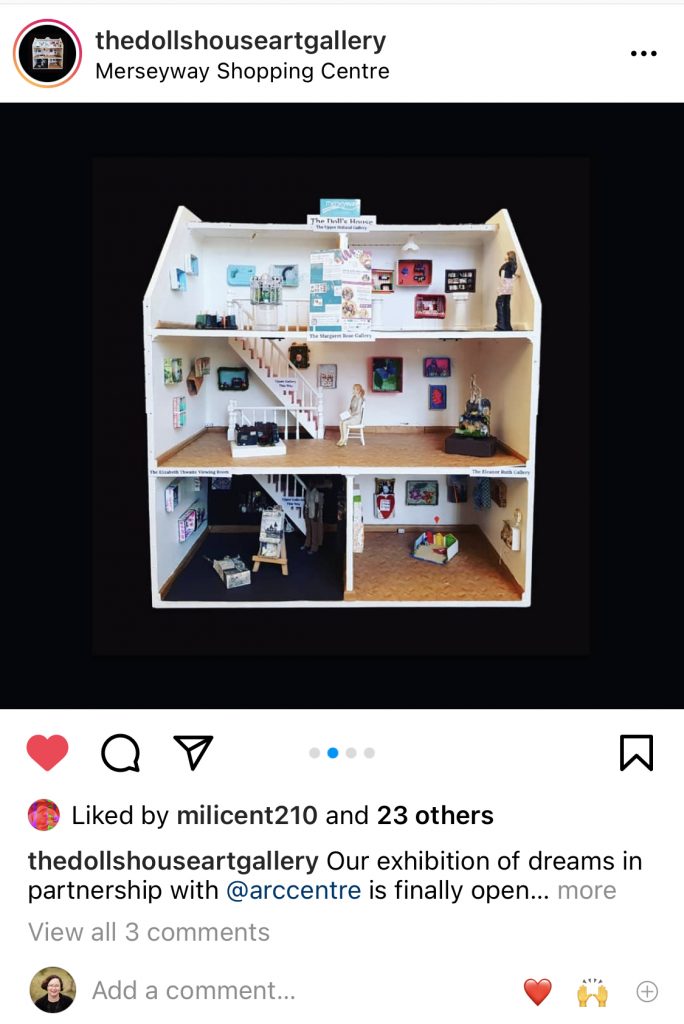 “We are Mini Dreamers” Show in The Doll’s House Art Gallery, currently on display in Stockport in the U.K.

One of my kids and I made art in matchboxes for the We are Mini Dreamers show.  (There had previously been a full size dreamers show.)  It was super fun to work together and each make a matchbox.  Even though I’ve been working small lately, a matchbox is small, even for me. 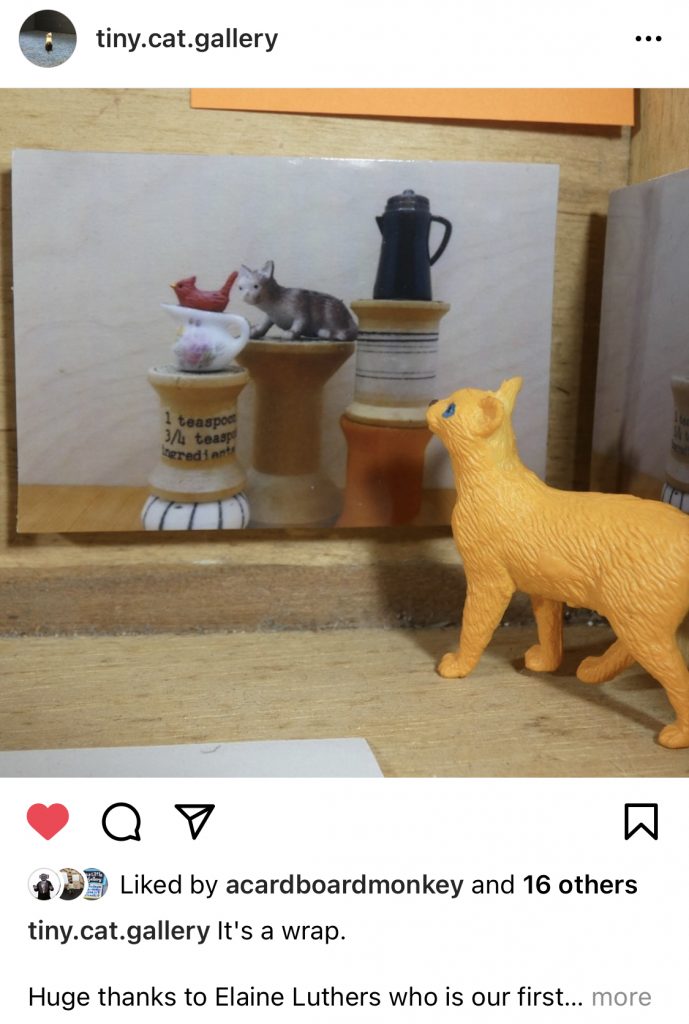 A detail shot of my photos with miniatures at the Tiny Cat Gallery in the U.K.

I had a solo show at the Tiny Cat Gallery in Bristol, in South West England.  The Tiny Cat Gallery is staffed and visited entirely by tiny cats!  As the name suggests.  My show was made up entirely of photos of… tiny cats!  Lots of tiny cats and tiny tea cups.  The closing reception for the show involved the cats in the gallery having a tea party.  It was a lot of fun! 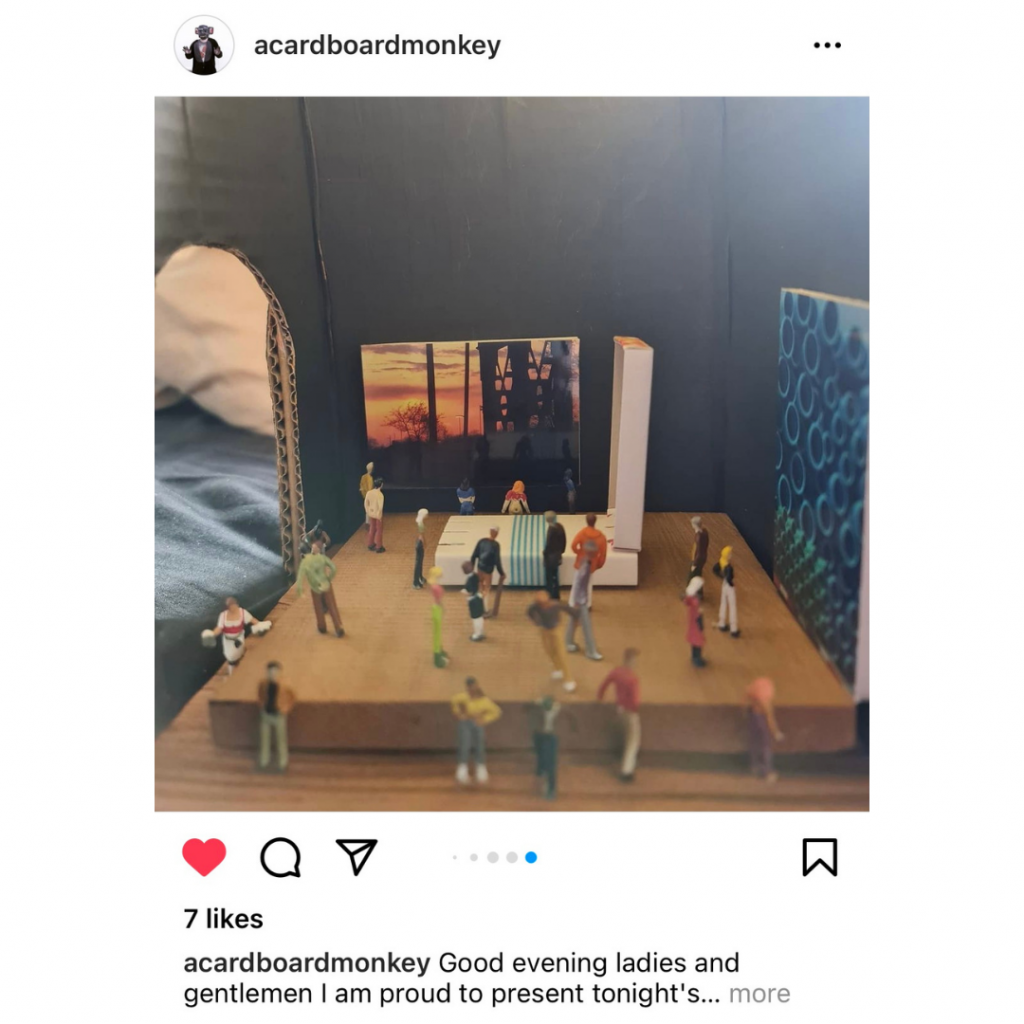 Solo show at A Cardboard Monkey Gallery in the greater Manchester area in England. Photos and matchbox art by Elaine Luther.

Then I had a solo show at the Cardboard Monkey Gallery, and yes, that is a cardboard box, and doesn’t have lovely arched doorways? It is fun seeing your art made huge by comparison, and being viewed by tiny cats or miniature model railroad people. 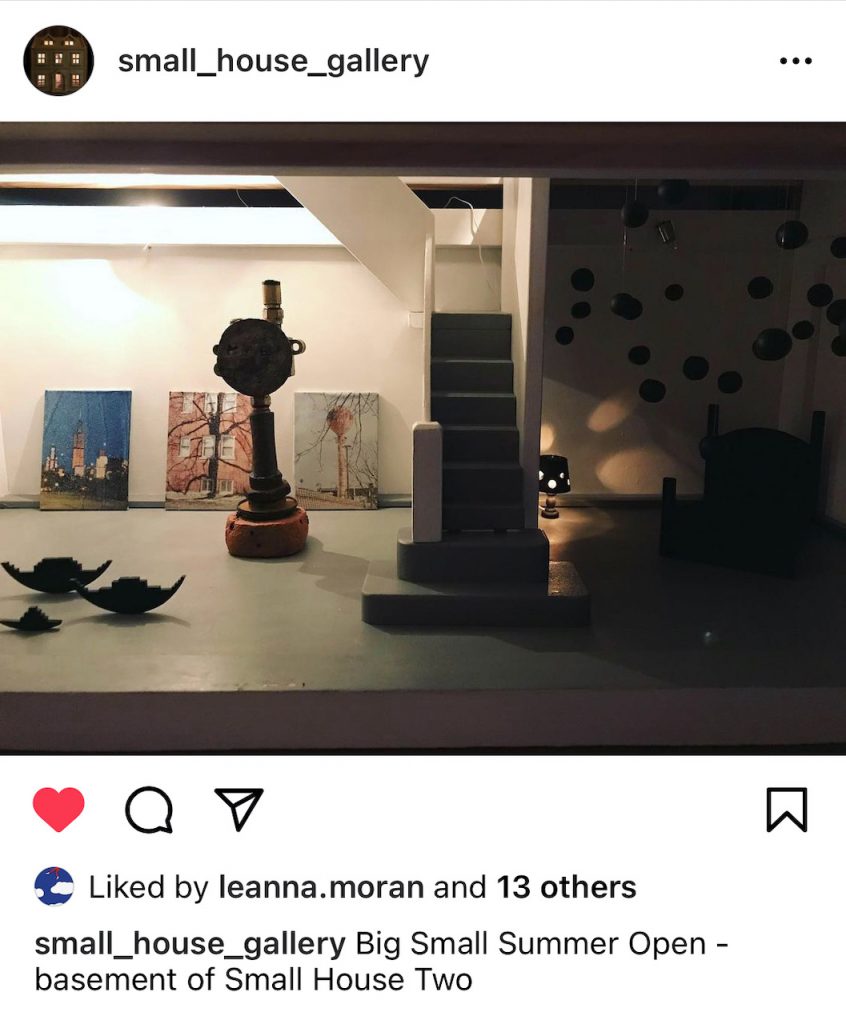 London’s Small House Gallery, which is a series of six dollhouse art galleries, is having a show called the Big Small Summer Open and I have three photos in that show, here’s an image of those photos as installed in the show!  The photos are mounted on foil and then wood and are from my series The View through the Windshield, a many-years series that’s on-going.

It’s particularly rewarding having my photos all over the world (okay, all over the U.K.  okay, in parts of the U.K.) because I don’t think of myself as a photographer, but I guess I’ve been developing my eye for years and years and it’s paid off.

Two 6″ x 6″ collages on wood panel will be in a show at Gallery 180 soon, in Ontario, Canada.  It’s odd that I’ve never shown art in Canada before, I think I must have over-estimated the shipping costs.  I am enjoying working small for the purposes of sending art further afield, and the increase in the number of virtual shows during the pandemic has also been cool.  I’ve enjoyed that both as an artist and as a viewer.  Galleries and art centers are getting better and better at making viewing online shows a positive experience.  I hope that all of the skills gained during the pandemic continue to be used in the future, to make art more accessible to everyone.

Here in the states, more of my photographs were exhibited in a show in Iowa City, Iowa, called Too Cute, at Public Space One.  In addition to being a terrific show, the opening reception had freshly made cotton candy, which was really fun, and something more galleries should consider!  A group of my photos with miniatures from my 100 Day Project, were projected. 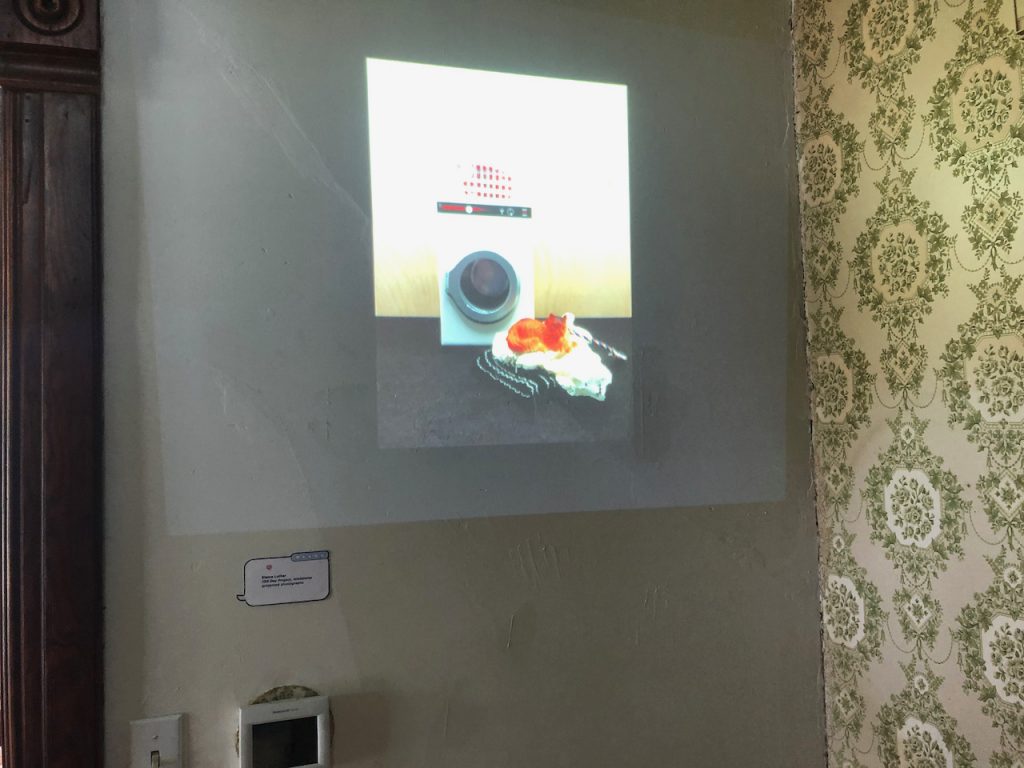 Elaine Luther’s art projected on the wall at Too Cute at Public Space One in Iowa City, Iowa.

I’ve had to ponder how much I’ve become identified with miniatures and cuteness this year.  Part of me says,
“I don’t want to be about cute, I am a very serious artist!”  But apparently, miniature is my scale, which makes sense, since I started as a metalsmith.  And I seem to be good at cute.  My art has included miniatures at least as far back as 2006, if not further.  There does seem to be a bit of a pattern.  : )

And maybe I start thinking of myself as a photographer.