While I keep good records of my artwork and my exhibitions, at that meeting, I realized I could do even better.

Another artist there had one page of records (among many) that was in a page protector and had the postcard from the show and a photo of the art as installed in that show. Ah ha! Terrific, I thought, that’s the way to go.

I’ll start doing that, both on paper and here on this website, on this Archive Page. I’ll work backwards, with scanning and posting previous exhibitions, as well as adding new ones as they occur. 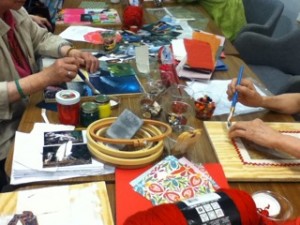 Here’s a round up, all in one place, of my involvement with the 20 Neighborhoods Project of Woman Made Gallery in 2012.

The show is viewable online:
http://womanmade.org/show.html?type=solo&gallery=20neighborhoods2012&pic=1 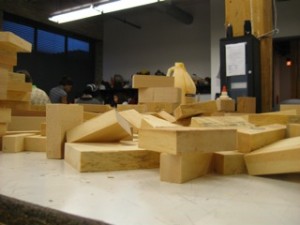 In spring of 2012, I taught a class at Marwen in Chicago for high school students about women artists, called Women Artists Who Rock. It was a combination art history and hands-on art class. The assistant teaching artist was Etta Sandry.

The class blog can be seen here:
http://womenartistswhorock.wordpress.com 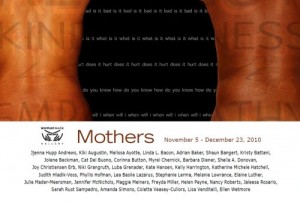 In 2010, my medal, “The Society of Mothers…” was in the Mothers show at Woman Made Gallery. That show can be seen online, here:
http://www.womanmade.org/show.html?type=group&gallery=mothers2010&pic=1 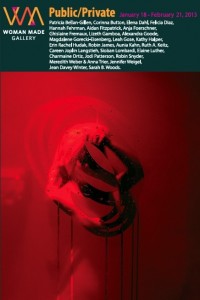 Another of my medals, “Disappointment 2” was in the Public/Private show at Woman Made Gallery in 2012. That show can be seen online, here:
http://womanmade.org/show.html?type=group&gallery=publicprivate2013&pic=1 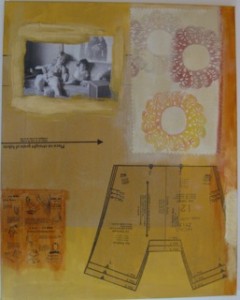 In March 2012, my collage painting, “Exasperation Personified,” was in the show Mama Said at Idaho State University. 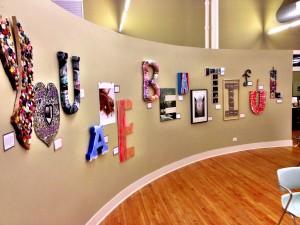 For this installation, I made the first letter E, the capital one. This was also in 2012. 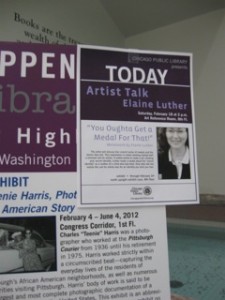 In January 2012, I had a solo show of my medals at Harold Washington Library. Here’s the listing from the library website at the time:

“You oughta get a medal for that!” People say it, but does anyone ever actually make the medal? Artist and metalsmith Elaine Luther has been making medals. It started with a misread call for artists. It said make a pin to show your secret identity—Luther made a medal about her “secret identity” as a mother of a child who had died. Only later did she realize the call for artists was for an identity you wish you had. There will be an Artist Talk at 2:00 p.m. Saturday, February 18 in the Art Reference Room on the eighth floor of the Harold Washington Library Center. 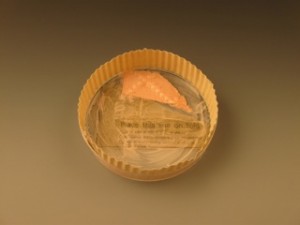 In December 2011, I had a piece in the show “Petri Dish” at the Target Gallery at the Torpedo Factory in Alexandria, VA. The Washington Post gave the show their “art opening of the week.”

You can see the whole show online here:
http://www.torpedofactory.org/galleries/target2011/PetriDish.htm

Specific blog posts about the rings as the challenge was in progress can be found here:
http://creativetexturetools.com/news/category/my-jewelrymy-studio

In 2007 my anti-war medal, “Anti-War Medal/Johnny We Hardly Knew Ye,” was in the show, Anti-War Medals at Thomas Mann’s Gallery I/O.

In 2006 and 2007 I had shrines in El Dia de los Meurtos shows at the Indianapolis Art Center. Those shrines can be seen in the portfolio section of this site:
https://www.elainelutherart.com/gallery/el-dia-de-los-meurtos 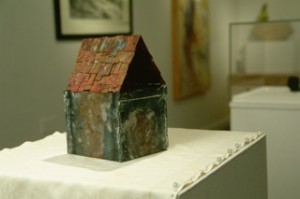 This piece is shown as installed at Lillstreet Art Center, when it was still back on Lill Street. This was either a faculty show in 2003 or it’s the FABRICATED, FORMED AND FUNCTIONAL show in DECEMBER 2002.

Here’s something I wrote about this piece on my other blog:

All that made me think about Lee Krasner, the abstract expressionist, whose biography I just read. (by Gail Levin.)

As you may know, when Lee met her future husband, Jackson Pollack, she was the better known and more successful artist. When the moved out of New York City, she gave him the barn to paint in, and she took a small bedroom. Her work then got smaller.

This story, that I learned in art history in college, inspired me to make this sculpture. This piece is welded steel and soldered copper tiles for the roof. The fabric is a vintage linen with beading added.

In reading Lee Kranser’s biography, I learned something I didn’t learn in college. I didn’t know that after Jackson died, she did in fact, move out to the barn, and did start to create larger paintings.

You can read the whole blog post here: http://creativetexturetools.com/news/2011/07/18/what-artists-can-learn-from-phineas-ferb

This page is an on-going effort, scans of show cards will be added.