“Medals that You Wouldn’t Want to Earn” on Display 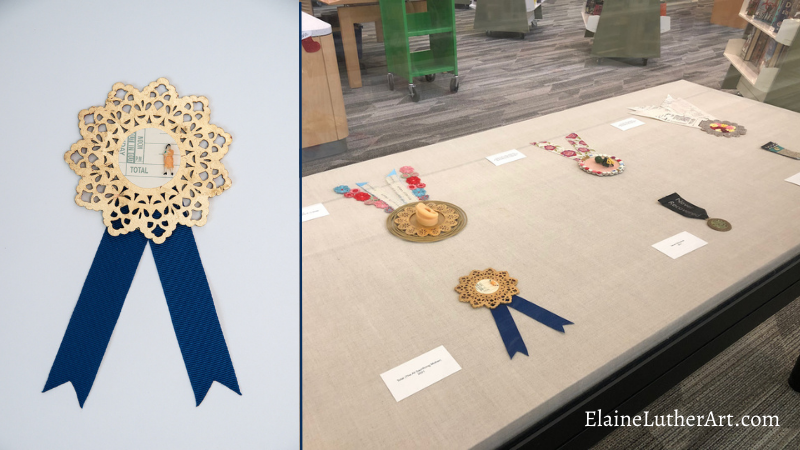 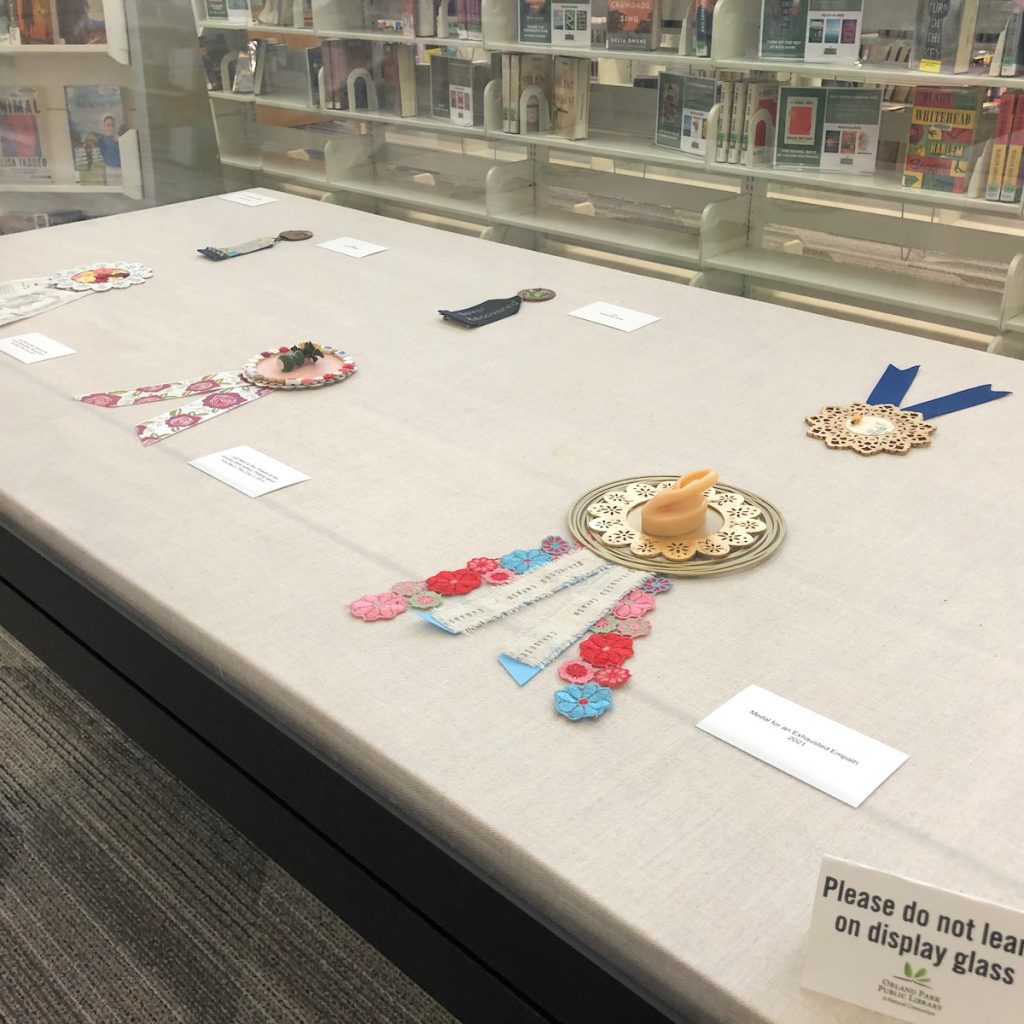 Show of “Medals that You Wouldn’t Want to Earn” by Elaine Luther at the Orland Park Public Library in Orland Park, Illinois

A Show of Medals

New medals that you wouldn’t want to earn have joined the series and are out on public display for the first time anywhere. Six of the nine total medals are in the display case, second floor, at the Orland Park Public Library through the end of December.

If that one with the ear looks familiar, it’s because I posted about it before, but this is a second version of the Medal for an Exhausted Empath. The friend who inspired it asked if the medal could live at her house. Of course I said yes, and then I needed to make a replica for this show. Some of the parts I used are no longer available and the ear is a different color, but it’s the same in spirit. The top layer of ribbon is frayed and says, “Exhausted Empath.”

The first time I ordered the custom ribbon with the words on it, it arrived with a misspelling, which seemed funny in a weird/sad way. (The seller sent a replacement right away.)

The other new medal is “Total (the All Sacrificing Mother)” with blue ribbon, a gold circle, a bit of time card that says “total” and a tiny model railroad mother holding a baby.

As always, I love to show my work in libraries, to give a library patron an unexpected bit of art in their day, and the Orland Park Public Library has such wonderful display spaces and natural light! 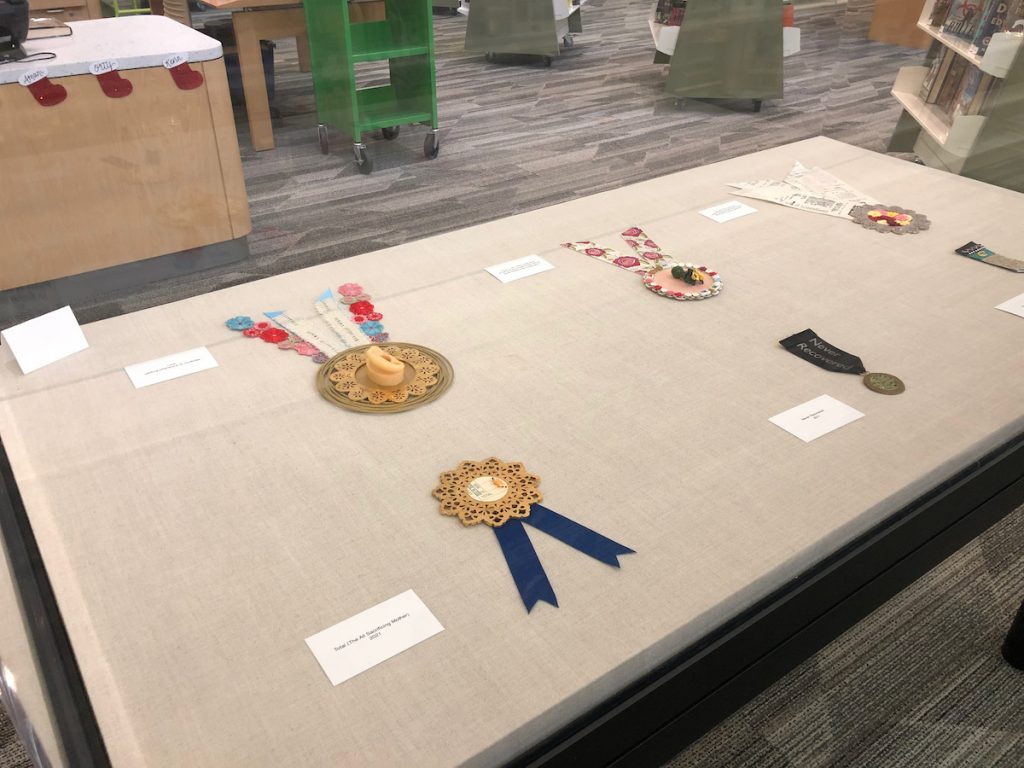 Show of Medals that You Wouldn’t Want to Earn by Elaine Luther, showing “Total” in the foreground.