The third medal in the series is done 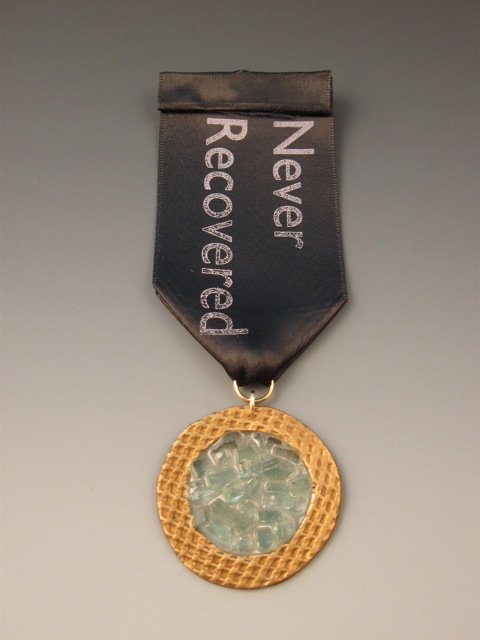 “Never Recovered,” by Elaine Luther, copyright 2011. Part of the series, Medals that You Wouldn’t Want to Earn.

The long-awaited “third medal” is done. This has been years in the making. First I found the broken auto glass in the street (that’s in the center of the medal, captured in epoxy resin) and I scooped some up and put it in an empty Tic-Tac container. Naturally, someone was walking by at the time and gave me a strange look. (one does have to suffer for one’s art.)

The container sat on my bench for a year or so, waiting. Then a friend, tweeted, in response to a question, that he had been in a car accident, and “never recovered.”

Ah, there it was. The two inspirations would come together. Bronze, because of the military Bronze Star, for those wounded in battle.

So this is a medal for Corey. And for anyone else, broken by life. Recognition that most everyone has something from which they have never recovered.

P.S. Here’s a medal I made as a kid, that somehow, kicking around in a jewelry box, made it to today. My technical inspiration on how to make Never Recovered, came from me, as a kid. Which is kinda funny. The coin in this medal is a video game arcade token and it says freedom. 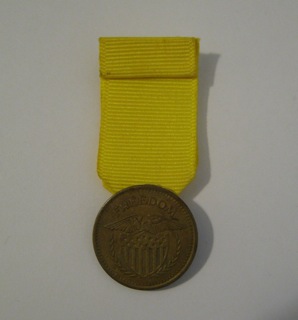 A small medal, made of ribbon and a coin.

This post was originally published on CreativeTextureTools.com/news on May 30, 2011.